What Happened to the Music Industry?

Like drifting continents, musical academia and commercial popular music have moved further and further away from each other. Popular musicians move quickly toward trends based on almost anything and classical musicians have simply stayed in their own world. The former is exciting and the latter rich. However, one could argue that each are the lesser for their part in letting this divide widen. 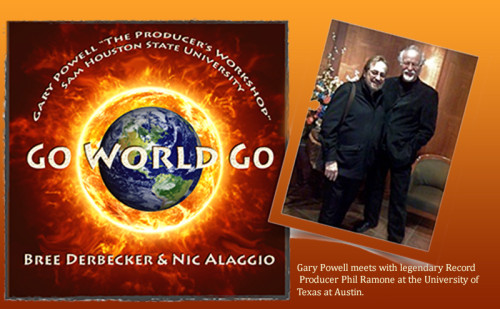 The Combining of Resources

In 1974 while in graduate school at SHSU in choral conducting, Gary Powell’s teacher Al Autrey invited Gary’s band on tour with the a cappella choir. They performed Gary’s popular songs and vocal arrangements together on stage with the university’s a cappella choir. Later from 1985-1992 Gary directed a small performing vocal ensemble, Ensemble 109, at the University of Texas at Austin. Beginning as an ensemble to teach singers the skills required in commercial recording studios, the group also soon found an audience within the university system and corporate functions averaging eighteen performances each semester.
Gary has continued presenting workshops centered on recording studio singing techniques and has guest lectured at the University of California at Irvine, DeSales University in Pennsylvania, Debbie Bello’s Voice Studio in Buffalo, NY, Sam Houston State University, The Oklahoma Arts Institute, vocal auditions and workshops for Walt Disney Records, and at the University of Texas at Austin.

Balancing our biases in regard to popular musical genres with the discipline of organized music is important. What do we want?  To inspire students to move toward intentional and meaningful music careers. Sure, maintaining a healthy disassociation from non-sense sounds masquerading as music is important, but also recognizing talented students whose interests are not represented within a school’s curriculum is also crucial in balancing the musical arts.
One thing is clear; that as music educational institutions compete for the most talented students, the wider the offerings across musical genres, the more enrollment that will be realized, followed with more effective training and professional opportunities.