Hello, my name is Jordan Ashworth.

Once my Mom heard me sing Martina McBride’s “Broken Wing” from the back seat of the car, I felt I was in the driver’s seat! My true calling had been discovered and from that moment on, Mom’s dedication funded my musical dreams and aspirations in every possible way. She is still my #1 fan.

I am currently a Voice Performance major at the University of Texas at Austin. I’ve taken classes on how to properly develop the vocal chords along with effective techniques and insights to grow as a vocal musician. Being an artist, I take pride in gaining as much knowledge as I can in the many different genres of singing. Opera singers usually spend their life devoted only to opera; Broadway stars stay on Broadway for a couple years or an entire career, etc. Me, on the other hand; I want to do it all. “Never limit yourself!,” I keep saying as I’ve found there is always room for growth.

Determined to do better,I came back the next year and won the title of Italian American Idol 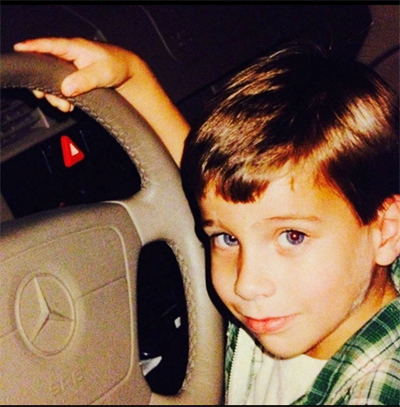 My first experience singing in front of people was when I was 3-4 years old. I won 1st place at The Dewberry Farm where I sang “You’re a Grand Ole Flag” after which, I was hooked with performing. The next time I performed was in the 2nd grade play. I played Elvis and had the only solo in the play which naturally was about “traffic lights???” After beginning piano lessons, my final performance in Elementary school was the 5th grade choir concert where I sang the solo for “O Come All ye Children.”  In middle school, I entered a huge competition that alternates between New York and Los Angeles: IMTA or International Modeling and Talent Association.  In 2007, I met and talked with some of the biggest agents and managers in the business and went on to win 3rd place Young Vocal Artist out of hundreds of young signers internationally. And, there were other awards including acting and commercial print.

Unfortunately, the agents wanted me to move to California which my family wasn’t ready to do at the time, so we had to find an alternative that was close to home.  Not so easy. That’s when I found the Theater and wanted to gain experience performing there. My first production was Aladdin by The Masquerade Theatre, which closed in 2012. Hopefully, not my fault 🙂 Next, I discovered The Hobby Center in Houston where I won an audition to perform in their production of “Annie Get Your Gun” and “School House Rock jr.” Continuing to discover myself along with other opportunities, I found TUTs (Theatre Under the Stars) where I was fortunate enough to meet Frank Young, the founder of TUTS in “42nd Street,” which to a 14 year-old kid was monumental! While there I was also trained in Vocal, Acting, Ballet, Tap, Jazz, and Hip-Hop, all through TUTs.

In 8th grade, I was picked to perform in the Texas Choral Director’s Association middle school choir which was a big deal for me; I was the only one from my school chosen. Being from a Italian family, that is also in the restaurant business, we partake in this huge Italian Festival that happens every year in Houston.  The festival has a competition called Italian American Idol. My first time competing was in 2009, I won 2nd place. Determined to do better I came back the next year and won the title of Italian American Idol.

In High school our choir traveled to Disneyland where we got to go behind the scenes and see the studios where the singers record. I was selected by my director Deidre Douglas to get up and sing “Yo-Ho-Ho a Pirates Life for Me” in Anaheim California in a real Disney recording studio! This was like a dream come true for me! Later I competed in a process whom most High School singers know:  TMEA All-State Choir.  In 2011, I made it all the way to the top choir 3rd chair, and in 2012 I  moved up to 2nd chair. The whole All-State audition process in and of itself is a real learning experience. It taught me discipline, like no other, which I can say has helped a bunch!

You really gain an ear for your voice; hearing imperfections immediately and fixing them all within seconds.

Starting my college career I have be able to work with some of the best such vocal professors, such as Donnie Ray Albert who still has a career performing opera.  Most of my classical and operatic training comes under the direction of William Lewis, who is arguably one of the most famous opera performers of our time. At 84 years of age, Professor Lewis works with opera companies all over and still tours to do master classes.   I joined Professor Lewis in performing two roles in two operas in Perigueux, France (Un mari a la Porte by Offenbach and, L’Enfant from Ravel) which was a huge but rewarding opportunity in traveling to Europe and making my debut there, as well as working, with some of the best European composers of today such as Mrs. Albouker. Now that I am back home I try to take on as many opportunities as I can without spreading myself too thin. I am always making music whether that’s at home or as a special soloist for Tarrytown United Methodist church. I have a lot to offer in the Arts, but believe that as humans we never stop learning. I’m continuing to learn just as much as my students, every time we have a lesson!

2014 was a great year! I was fortunate enough to cross paths with Gary Powell and start recording studio work which excited me like no other! In the studio singing becomes more intimate. You really gain an ear for your voice. You hear imperfections immediately and fix them all within seconds. I think it’s the pace that I’m most drawn to. I like to work fast and efficiently, which tells me I’ve arrived in the right place.