At the University of Texas at Austin, JUSTIN JOHNSON studied Music Production with composer/producer Gary Powell and Digital Art & Media under Professor Bruce Pennycook. As a producer himself, Justin helped develop dozens of artists to find and hone their sounds, bringing upcoming singers and acts of all kinds to a commercially competitive level. Justin graduates UT May,2018. 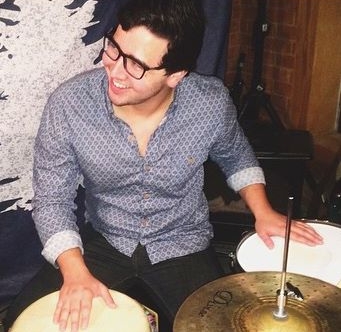 Being in Austin, “the live music capitol of the world,” has allowed me to interact and perform with artists of all genres.

I auditioned for the Butler School of Music and was accepted into the percussion studio where I performed in a variety of symphonic bands and percussion ensembles. I was lucky to be exposed to a wide variety of musical experiences, furthering my knowledge of musical context and greatly improving my ear and comfort-ability as a producer.
Being in Austin, “the live music capitol of the world”, has allowed me to interact and perform with artists of all genres. Through my work over the past few years, I’ve had the chance to produce many great musicians, expanding my skill sets to prepare me for any musical challenge.

In the summer of 2017, I released music as a member of DA$, an Austin-based electronic music duo that specializes in vocal driven, dance floor shaking tunes. Our most recent single, “Live My Life” has been supported by Two Friends and Austin’s hip-hop/rap hybrid psychedelic band APEK among others. Performance wise, DA$ has become the most sought after electronic act in Austin’s UT scene, DJing both public and private events multiple times a week of 1000+ fans. On the other side of the musical spectrum, I drum for and occasionally produce country singer Tyler Dial, whose hit single Damn Good Time has charted on country radio.
Current projects include developing soundscapes for contemporary theater productions, drumming on and producing a progressive rock album, and working on electronic remixes for singers and artists in the Austin area.